This one was a shoot I’d wanted to do for quite some time before I booked it. While planning my Palm Springs trip for Anna and Patrick’s couple session, I realized how close I’d be to the sand dunes, and I absolutely had to seize the moment. I’ve worked in Joshua Tree National Park before, and I got to do the iconic SoCal windmill shoot for Anna, but I really wanted to try something new and shoot in the sand dunes. So, when I booked Angela and Andre’s shoot, I knew I had to make it a beautiful sand dunes couple session!

When we first got to the location, it felt odd since the dunes are just sort of off the side of the road out in the middle of nowhere. But once we were further out into the dunes, it immediately felt like we’d stepped into another world. We didn’t have to go too far before it was all pale sand and blue sky as far as we could see. Except, that is, for the people out riding dirt bikes and side-by-sides. We even saw a dirt biker doing jumps off the dunes.

It was super windy, but I was expecting that. I grew up going to the dunes at Coos Bay to ride quads, so I knew that wind is just part of being out on the sand dunes. The windiness is a big part of why the landscape stays so smooth-looking. Since Angela wore her hair down, you really get an idea of how windy it was in the final photos. But, despite the challenges of keeping it out of her face, Angela’s hair-down look and her and Andre’s casual, neutral outfits worked so well for this sand dunes couple session. The couple’s clothing colors complimented the color of the dunes perfectly.

I had Angela and Andre do many active “posing” prompts and even a little dancing, so we did a lot of running around. We got sand everywhere, but it was so much fun! Between the wind and all the running, I got to capture so much beautiful movement out there on the dunes. The final photos are full of life and will be a fantastic, timeless, nostalgic keepsake for this couple. Angela and Andre’s sand dunes couple session is one worth remembering! 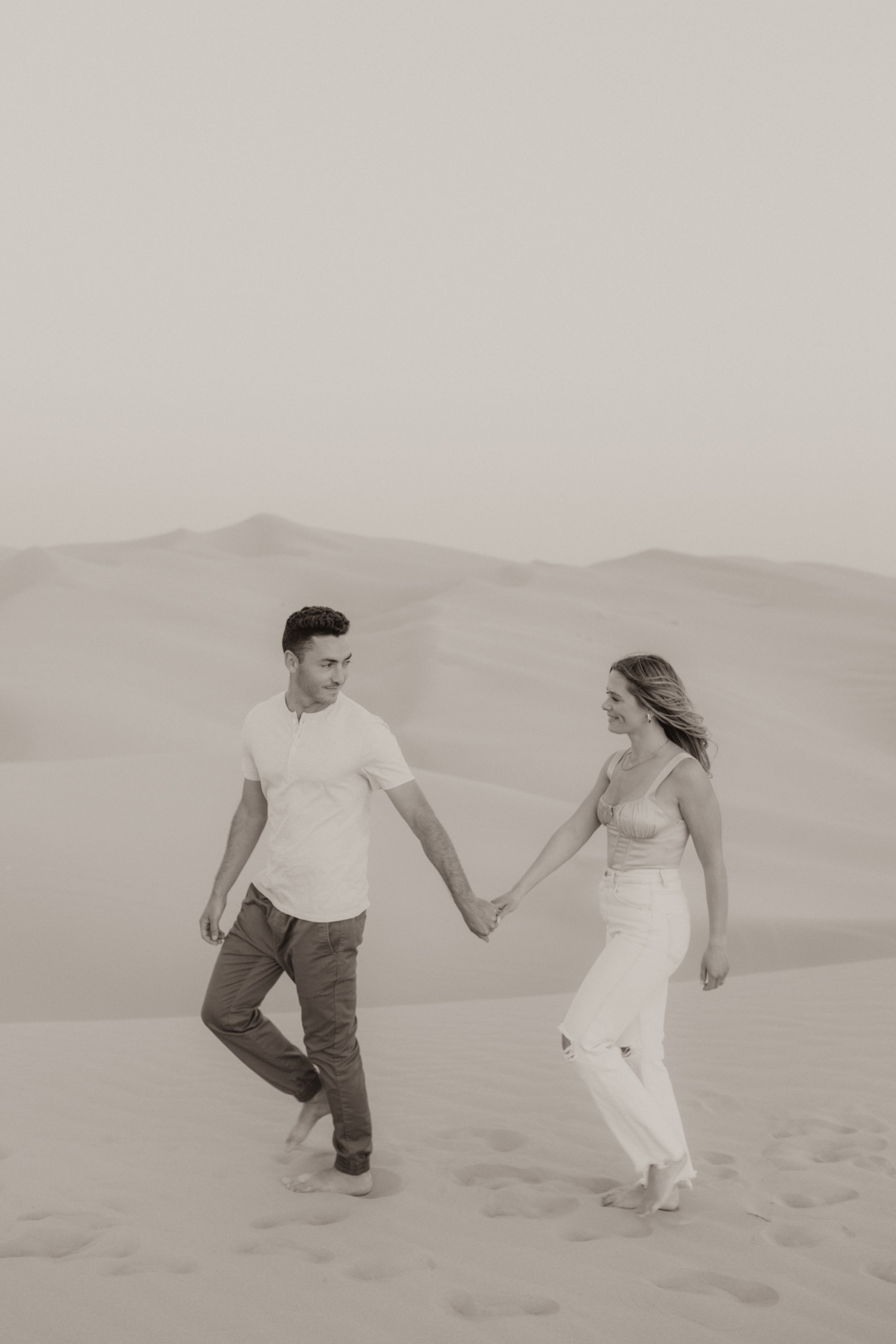