I shot this bridal session in Saguaro National Park while visiting Arizona with my mom. My mom had never been to AZ before, so we were there exploring together. It was the perfect time to fit in this amazing desert bridal shoot for Madeline and Jaden. These two actually know Joanna and Walker from my Phoenix, Arizona couple session. They also attended school at GCU, like Joanna. So, it was fun to shoot both of their sessions on the same trip.

Even though this was a bridal session, Madeline and Jaden were still engaged when we shot these photos. They planned a big, traditional wedding that happened a few months after we did their Saguaro bridal session. However, they really wanted bridal pictures at a beautiful destination, like you typically only see with elopements. So, they decided to do both! We worked together to plan this gorgeous session for them before their wedding. This is just one example of how you can have whatever type of wedding you want and still have your bridal photos taken in an incredible location.

We chose to shoot in Saguaro National Park because of its beautiful desert landscape. And also, because I had never been and was dying to go! The park is split into two sections on either side of Tucson, so I went to scout for good shooting locations on one side of the park first. But after driving around, I decided I wanted to shoot on the park’s other side. What I didn’t realize is that the two halves are about an hour away from each other. And that is why I am usually so careful to do my research and make a plan before I go to a new shoot location or national park!

On the way to the session, I picked up the bride’s dress and the florals for the shoot in Scottsdale. The two-piece gown was so gorgeous on Madeline! And the pretty, neutral florals worked perfectly in the desert environment. We walked around and shot in a few different areas, always watching for rattlesnakes. Running into a rattlesnake is pretty much one of my worst fears!

The final photos are so romantic and timeless! I especially love the blurry pictures we included for extra nostalgia and emotion. These Saguaro National Park bridals turned out so beautifully. 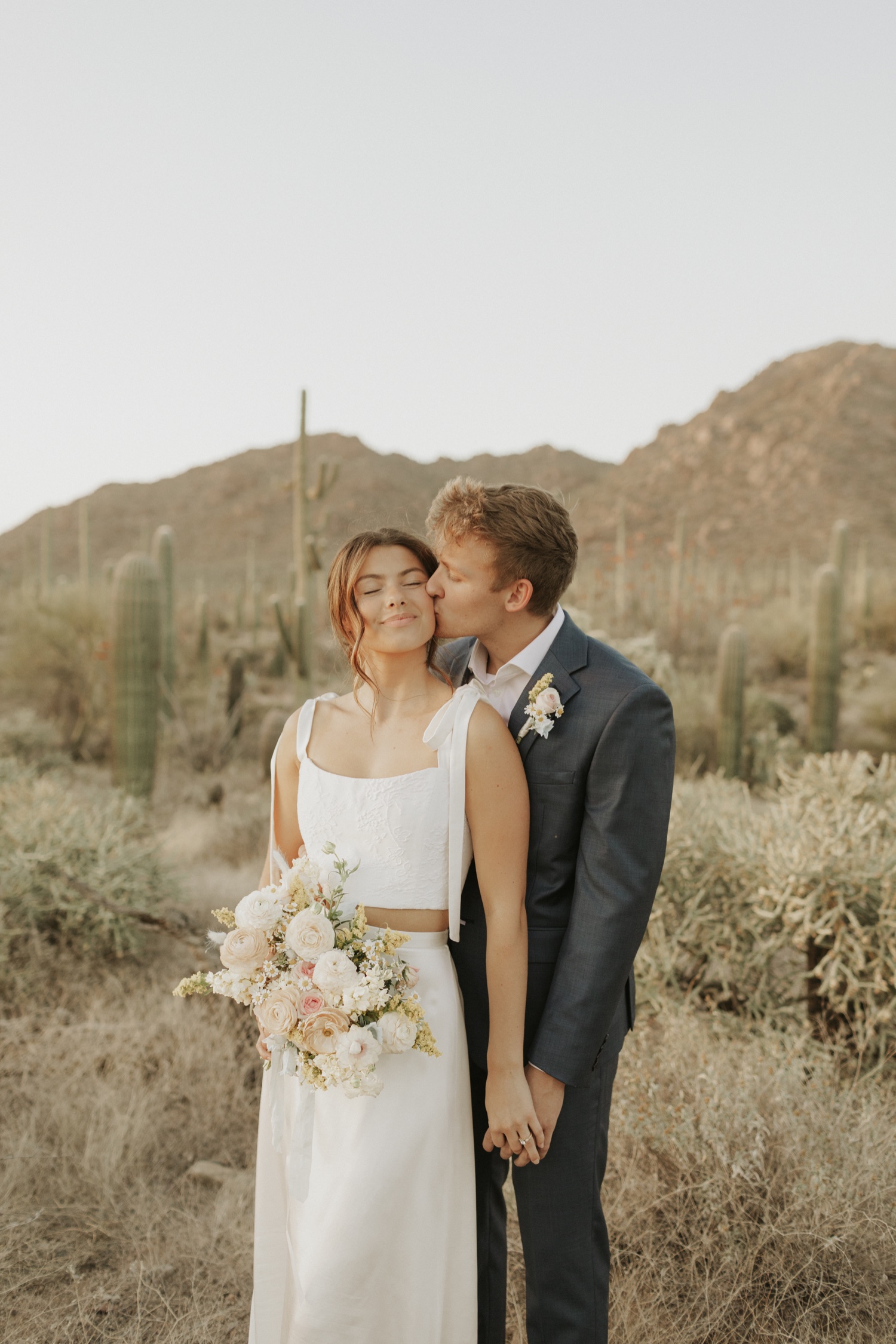