This beautiful couple booked me for an anniversary photo session in Malibu. Sydney and Mishael went on one of their first dates in Malibu, so they felt this was the perfect place to do a photo shoot and capture this moment in their relationship. I have been here a few times, and I love the area. So, I was thrilled to work with these two on their anniversary couple session!

My first meeting with Sydney and Mishael is a kind of funny story. I was on my way to our session when I stopped at Starbucks to grab a coffee, and who did I run into? Sydney and Mishael! They were hanging out in the coffee shop, playing cards before the shoot, so we all officially introduced ourselves and laughed about the coincidence.

Then, we headed out to their session location. Of course, being in this SoCal coastal city, we wanted a beach location for the shoot. Ultimately, we chose this particular beach for its stunning cliffs. However, we didn’t expect it to be as popular as it has become. There were a bunch of other shoots happening at the same time we were there. But we managed to work around that and capture so many amazing photos for their Malibu anniversary couple session.

Sydney and Mishael chose light, neutrally colored outfits that worked perfectly with the tones of the beach. It was so sweet to capture their love! As they ran around, danced, and laughed, you could tell that they are each other’s best friends. Along with the rest of their photos, I got some beautiful blurry pictures to capture even more emotion and nostalgia.

Overall, this Malibu anniversary couple session was a joy to shoot. The couple was amazing to work with. I also always welcome the chance to spend a few days in SoCal. It’s the perfect break from the grey Washington weather. Until next time, Malibu! 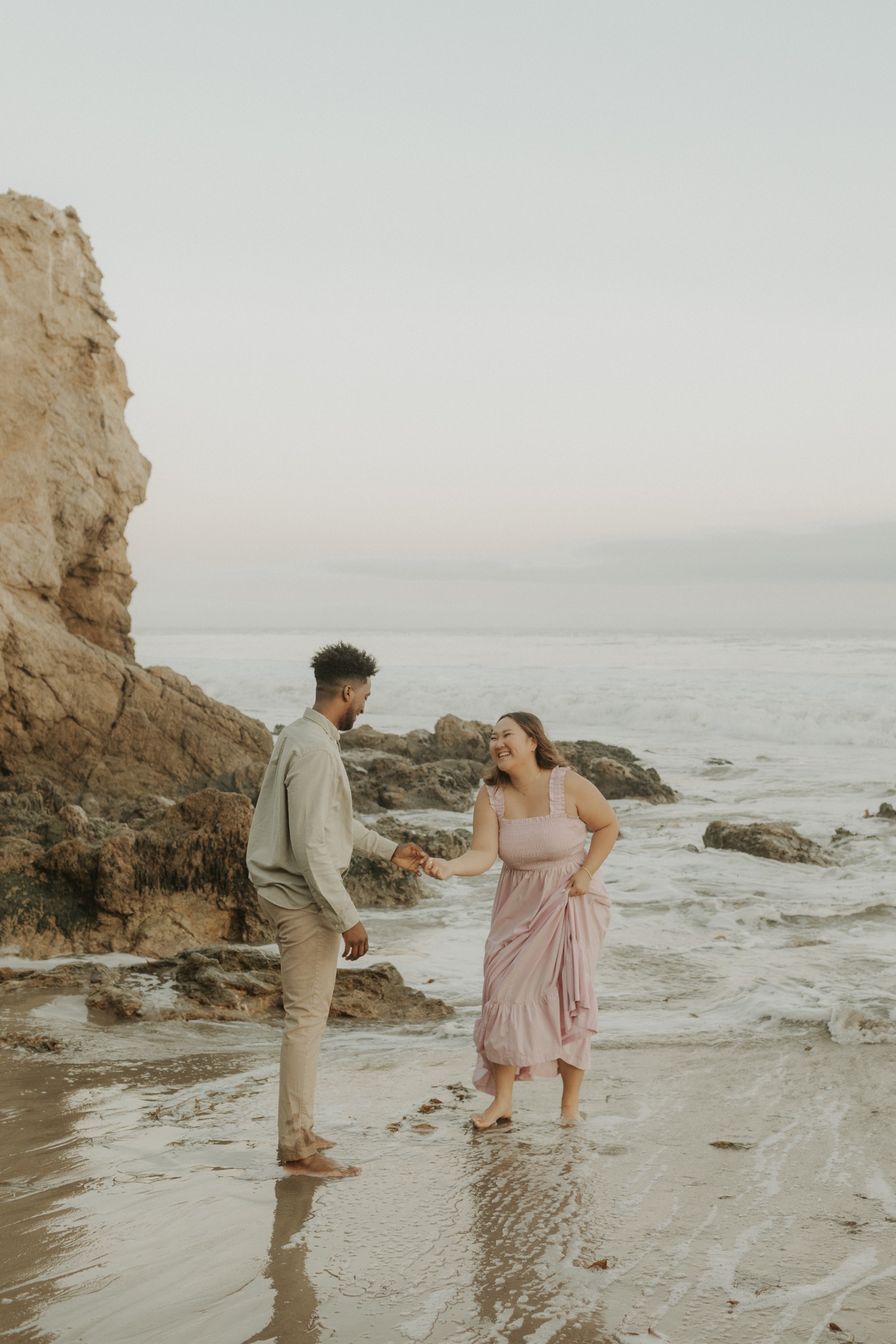 To see my next travel dates to Socal click here!