These two are so sweet and it was so fun to help Konner plan this day to surprise Ivy! I have known Ivy for years! I actually don’t know how long it has been but we went to school together since I think middle school? After we graduated I would run into her at the coffee stand she worked at and she always told me that she wanted a couple session with me! So when Konner reached out I thought it was the sweetest thing.

Konner spent a few months planning this day and we finally decided on Discovery Park in Seattle! A week or so beforehand I realized my friend Jamie Davelaar owner of West Coast Gather Co was hiring an assistant to do picnics in Washington since she lives in California. Which mean’t there could potentially be a picnic at their proposal! Immediately I told Konner. Imagine walking up to this dream of a picnic and then being proposed to?? He said yes, as you can see in the photos below haha.

I went early with Alli Brandner, Jamie’s assistant and we setup their proposal. Once it was finished we sat on a blanket behind some tall grass so that Ivy wouldn’t recognize me. I pretended to take some photos of her and my boyfriend Chris who came along to help! That way they could watch for them over my shoulders and Ivy wouldn’t be able to see my face!

I always get so nervous before proposals because of the uncertainty! With weddings, you generally know what’s going to happen. But with proposals only one person knows what’s going on, so sometimes there are hiccups trying to get the other person there! But this went so smoothly. I sent Konner a pinned location and he found the picnic! He proposed, Ivy said yes, and then I came out to congratulate them! I gave them time to sit and eat and be with one another. Once they were ready we took more couple photos in the stunning golden fields!

This summer proposal in Discovery Park Seattle is definitely one I will never forget! If you’re looking to propose to your significant other Jamie and I would absolutely love to work with you! Contact me here! 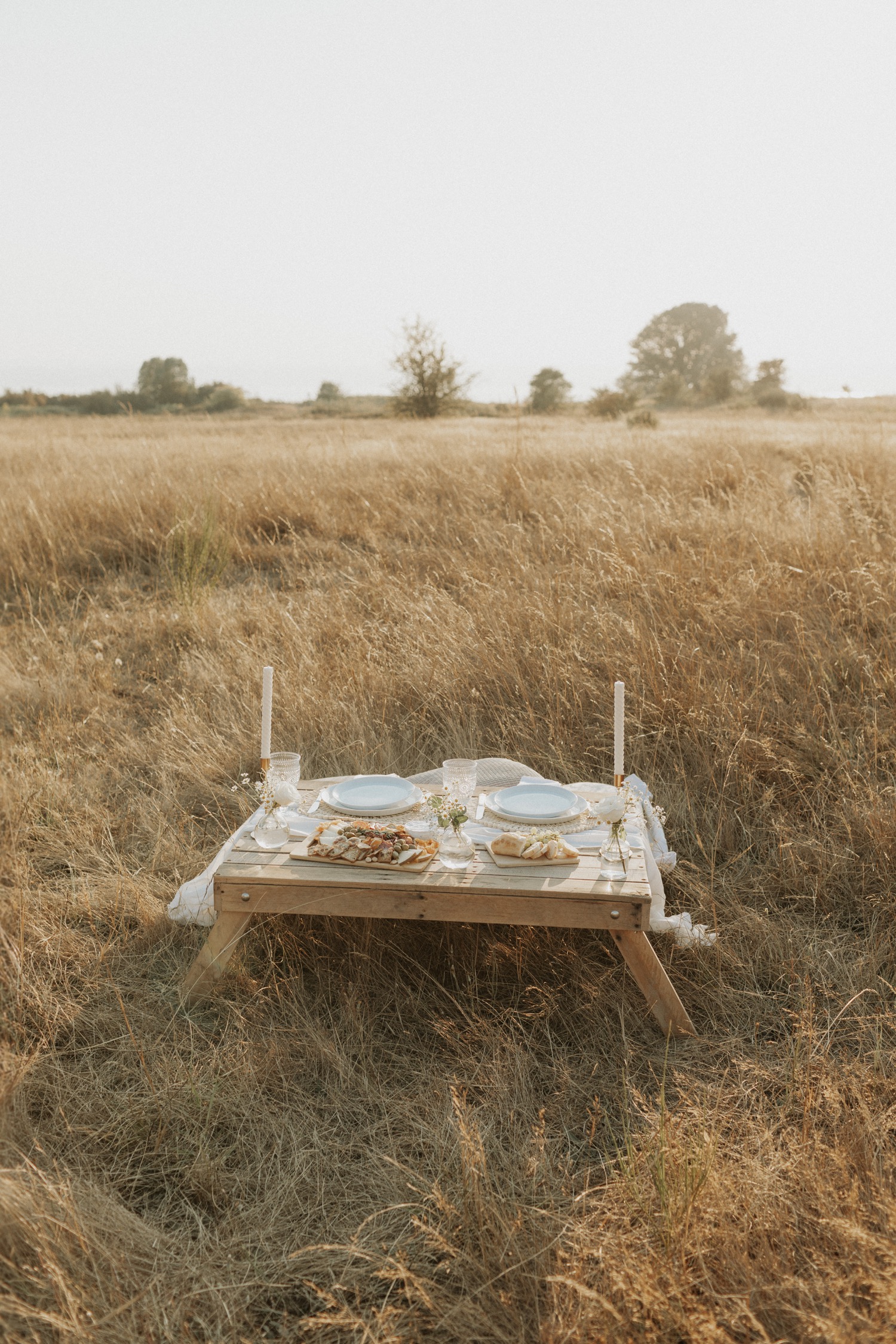