The sweetest golden hour maternity session at Discovery park in Seattle. It was such a beautiful evening and the sun was so golden and warm. It was slightly cloudy which made the light so soft. The sun also had a much more golden tone to it which was likely from the wildfires going on. It made for the most perfectly creamy photos!

I met Elle a few months prior when she did my brows. She is an amazing artist and I now only trust her to touch my brows haha. Funny story – I actually had my eyebrows microbladed years ago and the person who first did them did the wrong pigment on me. So my eyebrows have been tinted red for what feels like forever. I tried covering it up and doing color corrections but it never worked. When I met Elle she worked her magic and after many removal appointments she did powder brows on me and I am obsessed. Never going to anyone else again. If you need your brows done contact her ASAP! You will not regret it.

Elle and Shane are very kind and so easy to work with. They brought little props like these adorable onesies below. It is hard to believe a human could be that small to fit into those little things haha. Elle and Shane had a beautiful baby girl named Luna that I later met, she is the cutest little thing. And yes she fit into the onesies! Shane is not a huge fan of taking photos but we had such a fun evening in Discovery park in the warm golden fields. It was such a blessing being able to photograph these two in such a special moment in their lives. I hope that you love these photos just as much as I do! 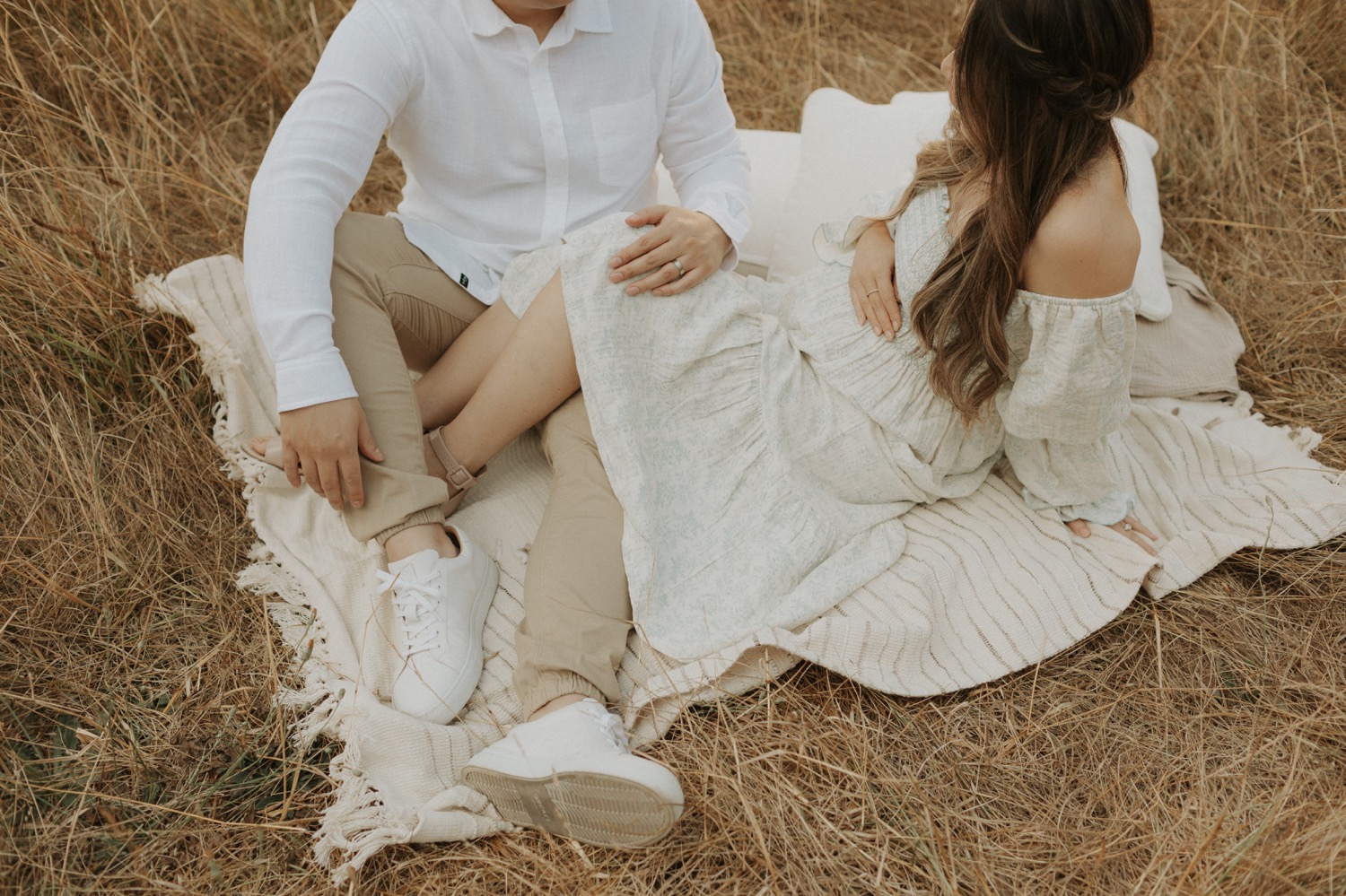