I always love when I get to work with my friends, so this casual couple session on the beach in Santa Barbara was a lot of fun for me. Jamie, the owner of West Coast Gather Co, is one of my wedding biz pals. We’ve worked together a lot on weddings, elopements, and styled shoots. We have always joked around about how we’d have to get her some amazing couple photos with her boyfriend… just as soon as she started dating someone!

Dougie, the videographer behind Daydream Films, is another small business owner in the wedding industry. So, it isn’t a big surprise that he and Jamie met at, you guessed it, a wedding in Washington. Even though Jamie is based out of Santa Barbara, CA, while Dougie’s from Utah, these two have been making it work long distance. They travel to see each other whenever they can. I first met Dougie while we were working on our intimate wedding shoot the day before this session, and I thought he was very sweet. They make such a cute couple!

We wanted to keep their shoot very casual and fun, and that’s exactly how things turned out. Because Dougie had to leave town in the afternoon and we wanted to avoid the crowds, we scheduled this Santa Barbara couple session for sunrise. At that time of day, the skyline was a beautiful mix of soft pinks and blues. I had them play around with a lot of movement while I got some great shots of the sweet way they look at each other. Later on I even captured a few on-trend, blurry photos.

I really enjoyed getting to work on this casual Santa Barbara couple session for Jamie and Dougie! 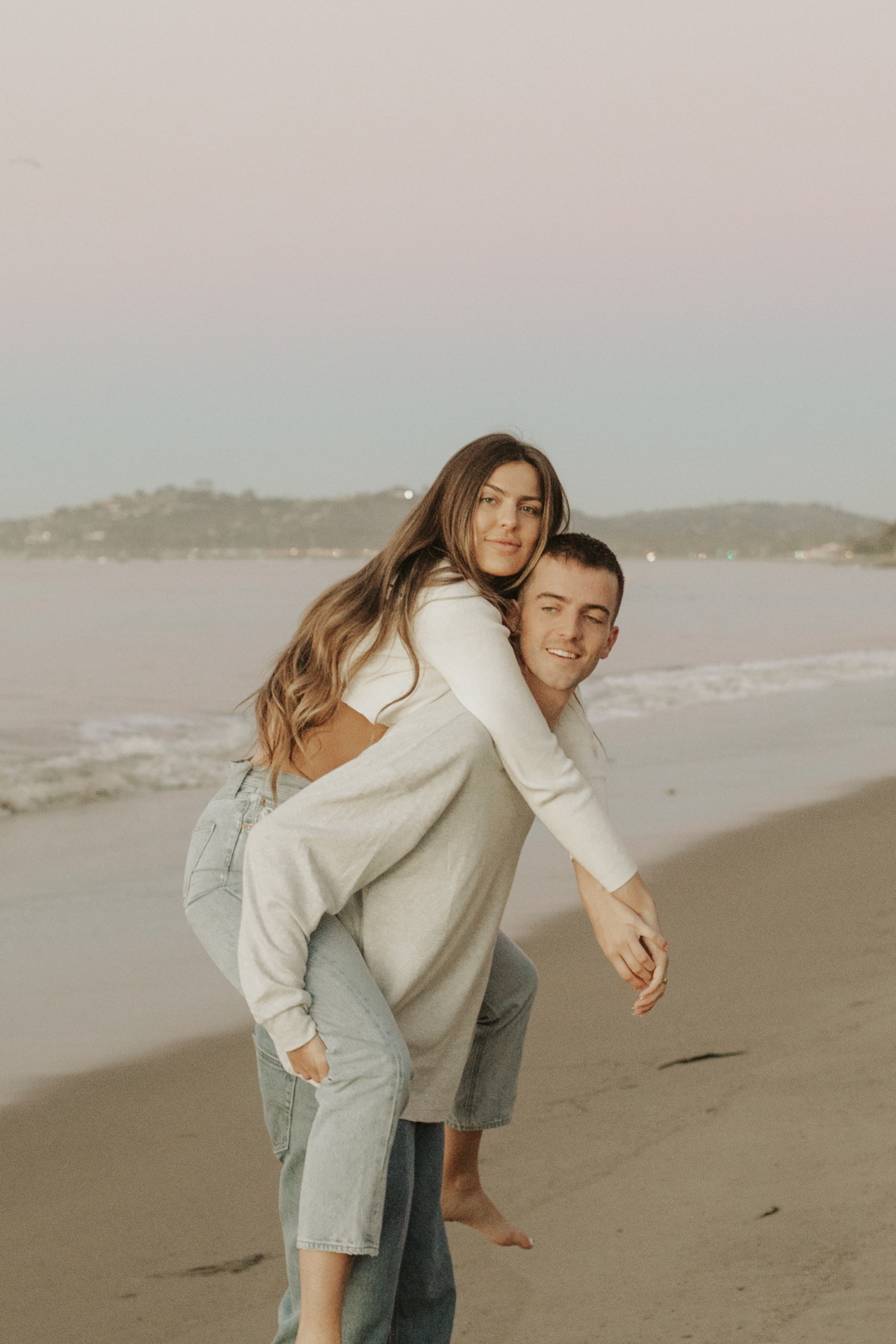