Wolfgang reached out to me three days prior to his proposal and I absolutely had to make something work for them. I sent him over some location ideas and he chose this magical flower field. It is hard to believe that this field exists in Washington State, it looks like you’re in Iceland!

Janae thought they were just doing a fun couple session, little did she know he had this all planned out! They had had photos taken before so he just told her they were doing anniversary photos again. Luckily it worked! If my boyfriend told me we were going to get photos taken I would genuinely be so confused lol. Wolfgang told me that Janae wanted to get engaged, but didn’t think it would happen for another year or two.

When they arrived to the session we started shooting some causal couple photos. I wanted to give Wolfgang (and myself) a minute to calm the nerves before I gave him the symbol. Fun fact –  I actually find proposals to be some of the most nerve wracking thing I could photographer. Even more so than weddings. They are so unpredictable and fun.

When it was time for Wolfgang to propose I had both of them turn around and said I was doing something more “editorial” but when she turned back around he was on one knee. She peaked over her shoulder and you can see the utter disbelief on her face. For a second I thought “does she know she can turn around?” I will never forget her reaction, she was SO shook. She truly had no idea this was coming. In case you’re wondering, of course she said yes! After a little bit we started taking more photos of and with her stunning ring. It was such a stunning night for their Washington wildflower proposal.

Congratulations to you both! 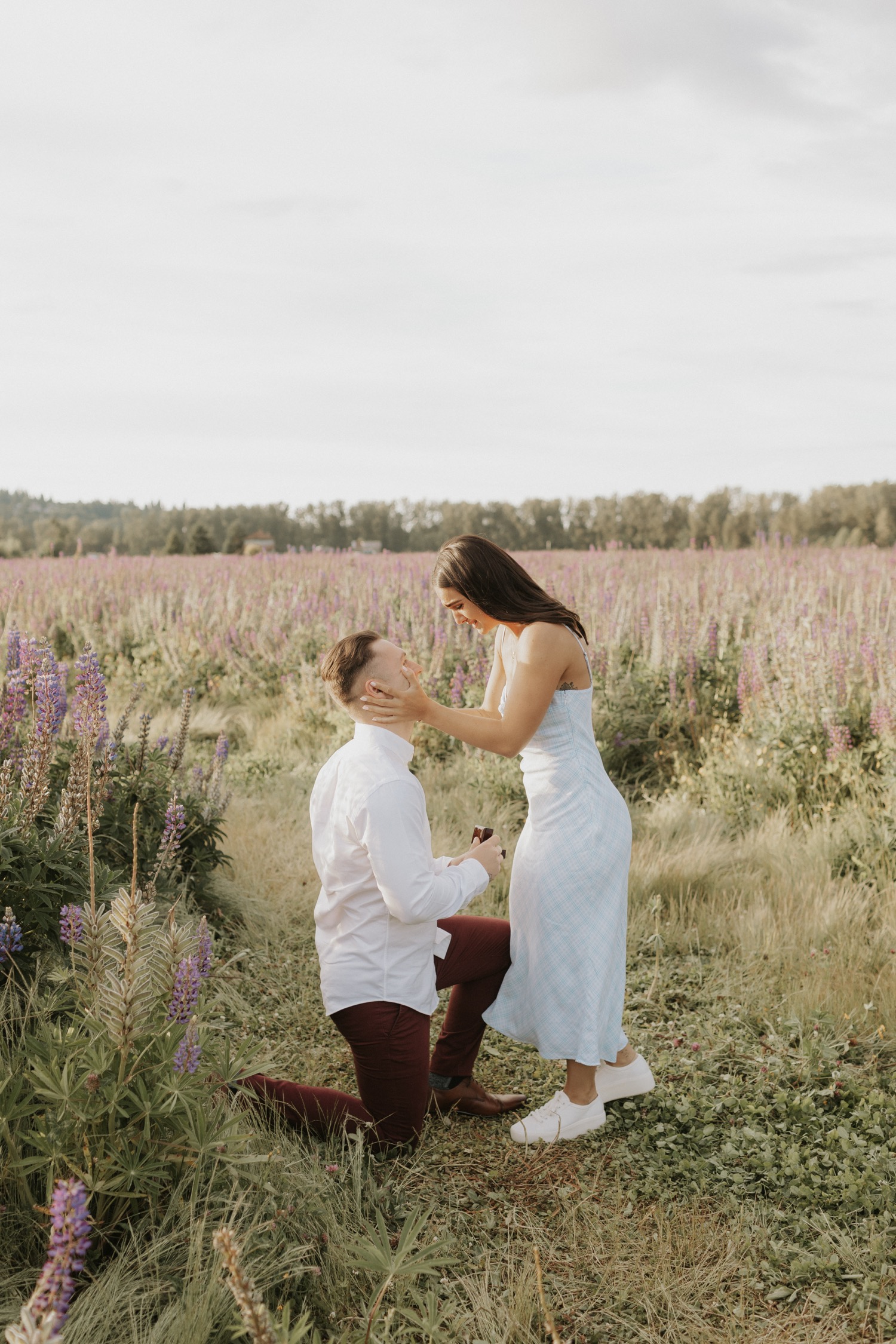